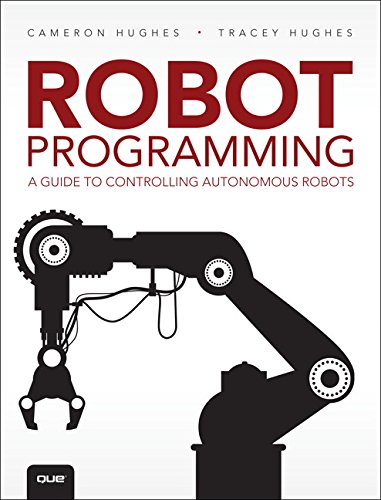 Robot Programming: A Guide to Controlling Autonomous Robots takes the reader on an adventure through the eyes of Midamba, a lad who has been stranded on a desert island and must find a way to program robots to help him escape. In this guide, you are presented with practical approaches and techniques to program robot sensors, motors, and translate your ideas into tasks a robot can execute autonomously. These techniques can be used on today’s leading robot microcontrollers (ARM9 and ARM7) and robot platforms (including the wildly popular low-cost Arduino platforms, LEGO® Mindstorms EV3, NXT, and Wowee RS Media Robot) for your hardware/Maker/DIY projects. Along the way the reader will learn how to: